After a short break from this series, I was thinking it was time to add another post to the Anatomy of the SELECT statement series. This post will focus on the GROUP BY and the HAVING clauses.  These two statements can be used together, although when using the GROUP BY a HAVING is not required.  So far in the series we have covered the SELECT, FROM, JOINS clauses as well as the order of processing.  We have also covered the PIVOT, which follows the FROM clause.

The GROUP BY can be used to get an aggregation for a group. For example it can be used to get the number of times each product has been sold.  As with most of my other posts, all examples in this post will use the AdventureWorks2014 sample database.

Requirements of the GROUP BY

As with all other statements and clauses in TSQL, there are requirements that must be followed.  Below are the basic requirements of the GROUP BY.

Using the GROUP BY

Now that we have covered a few of the requirements. let’s see how we can use the GROUP BY.

Using the same code as in the example above, let’s dig a little deeper.

As you can see, the GROUP BY will follow the FROM clause and any joins.  After the GROUP BY you will simply list the columns you would like to have each group be made of.  The order of the columns listed in the GROUP BY does not matter and will not change the results or the column order in the results set, that is determined by the SELECT list. You can list them in any order you like, although I prefer to list them in the same order as they appear in the SELECT list.  Again, that is just a preference and not a requirement of TSQL.

In the example, the groups will consist of the Productid, name and color columns.  If you look at the image below, the columns in the green box make up the group, while the column in the blue box represents the aggregation, in this case it is a COUNT.

When using the GROUP  BY, all columns in the SELECT must either be in the GROUP BY or using an aggregate function.  If this requirement is not met, you well see this error:

Msg 8120, Level 16, State 1, Line 2
Column ‘Production.product.Name’ is invalid in the select list because it is not contained in either an aggregate function or the GROUP BY clause.

To prevent this error, I like to do a simple test.  Look at each column and check to see if it is in the GROUP BY or using an aggregate.

Can Expressions be used in the GROUP BY?

Now let’s change what we are looking for.  Let’s now look for how many times each product was sold by year and month.  In order to do this, I can use an expression on the GROUP BY clause.

Notice in the GROUP BY the MONTH and YEAR functions are being used.  As you can see in the results below, the “Classic Vest, M” product was sold 14 times during the month of June 2014.

Final thoughts on GROUP BY

Using the GROUP BY really isn’t very complicated, you just need to do three things:

Now that I have my groups and my aggregate totals, what if I want to apply a filter to the results, similar to the WHERE clause?  That is where the HAVING comes in.  You can think if this as a where clause for groups.  The HAVING clause appears after the GROUP BY and includes both the HAVING keyword and an expression.  In the case below, the expression is COUNT(s.ProductID) > 10.

Using HAVING also requires the use of an aggregate function.  This aggregate really should be the same as what is in the SELECT list. If you do not include an aggregate and use something like this, HAVING s.rowguid > 10,  you will get the error below.

Msg 8121, Level 16, State 1, Line 11
Column ‘Sales.SalesOrderDetail.ProductID’ is invalid in the HAVING clause because it is not contained in either an aggregate function or the GROUP BY clause.

Using the GROUP BY and HAVING clauses are very commonly used and having a good understanding of them is essential for anyone who writes TSQL code.  Below you will find two links to documentation from Microsoft

Thanks for visiting my blog and I hope you learned something! 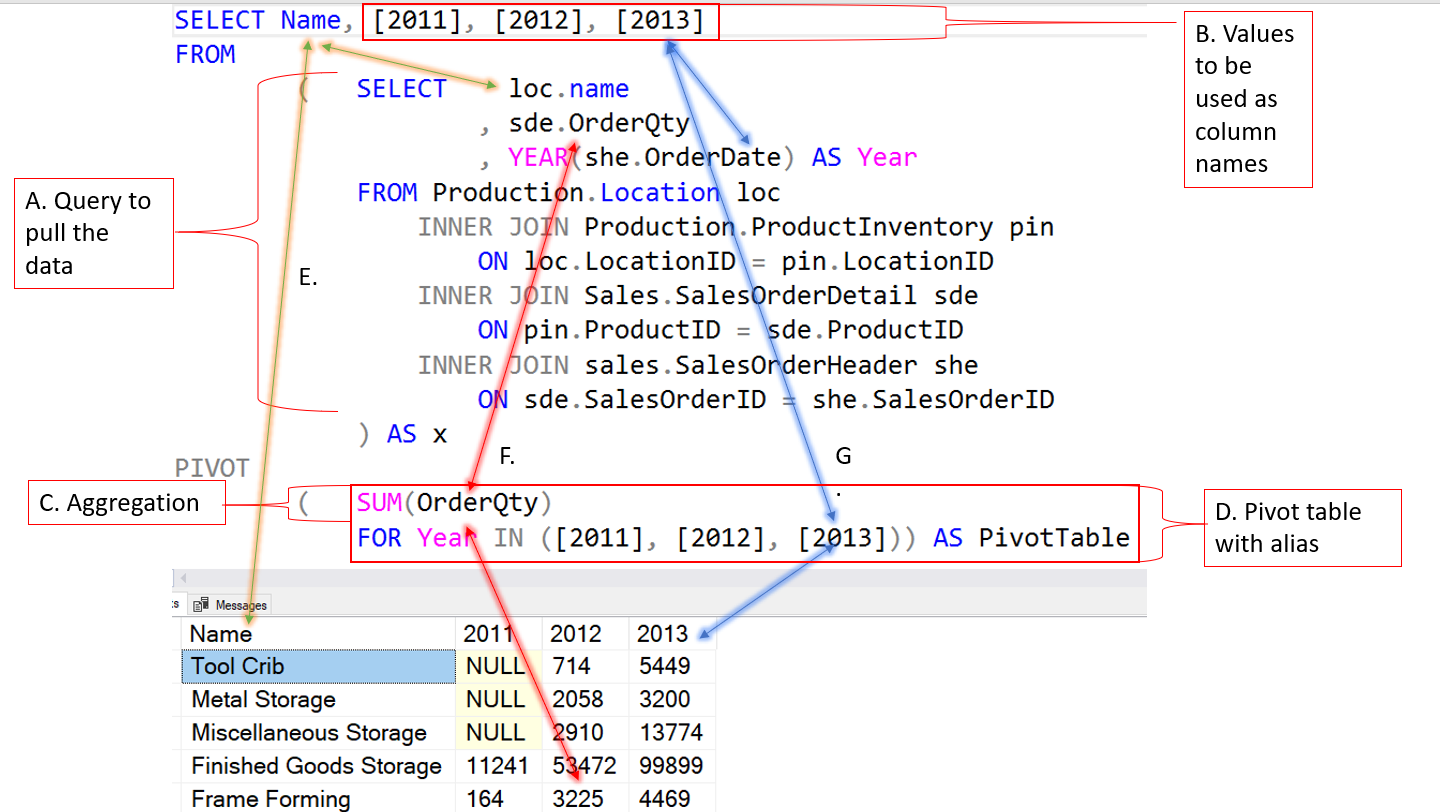 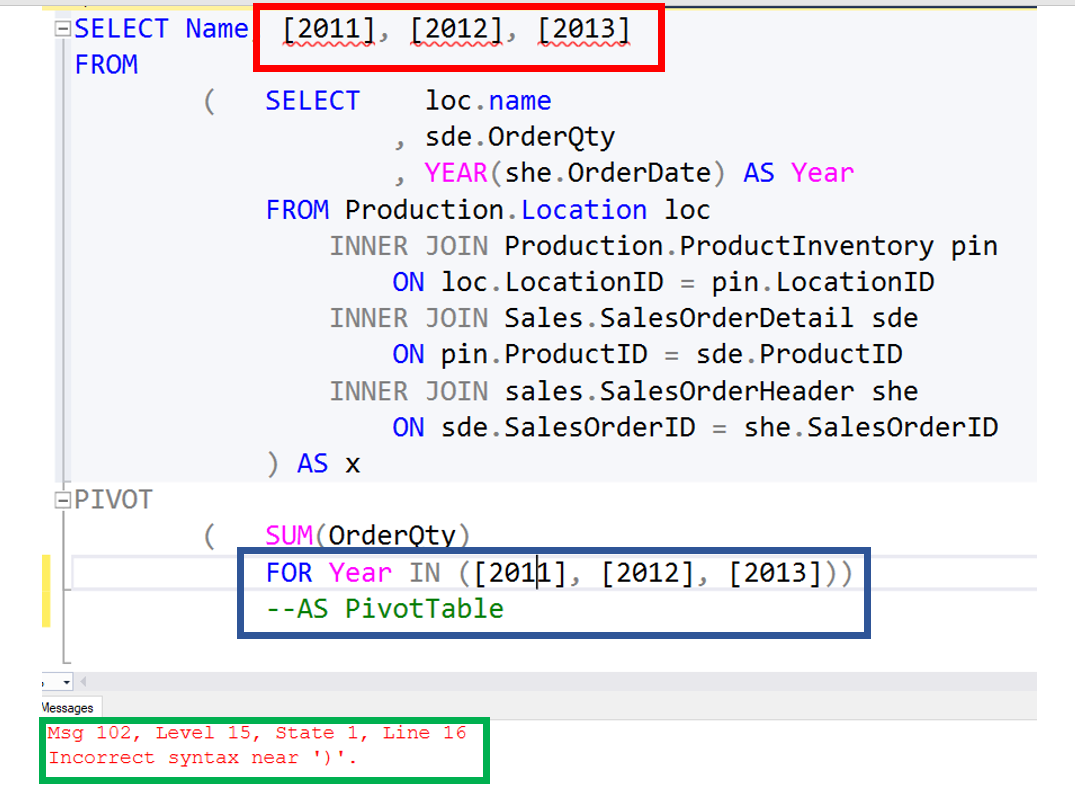 As you know, the DISTINCT key word can be used to eliminate duplicate rows from the result set of a query.

If you run this query against the AdventureWorks2014 database you will get 19614 rows with many duplicates.

As you can see in the above results set there are duplicates.  Albany appears  4 times. However, my goal is to simply see what cities the database has addresses in.

I can address this by using the DISTINCT keyword.  The code below show that you simply add it just after the SELECT keyword.  Here is a link for more information on DISTINCT.

The result set below shows that Albany only appears one time, duplicates have been removed.

Well, what if the result set contains XML data?  Will the DISTINCT work the same way?  The answer is no.

Since I was working on an example for my next performance class, I decided to use an example from that session.  In the query below the qp.* part of the column list will return a column named query_plan which is an XML data type.

However, when I add the DISTINCT keyword I get the error below.

So what do I do about.  You can simply use the CONVERT function to convert that datatype from XML to VARCHAR(MAX) like below.

Just a disclaimer, I didn’t analyze this for performance because the class is about an unrelated topic. If you plan on using this in production code, please assess the impact on performance.

I will put this into the “You learn something new everyday” category!   As always, it is always fun to learn and I hope you did as well.  Thank you for visiting my blog.