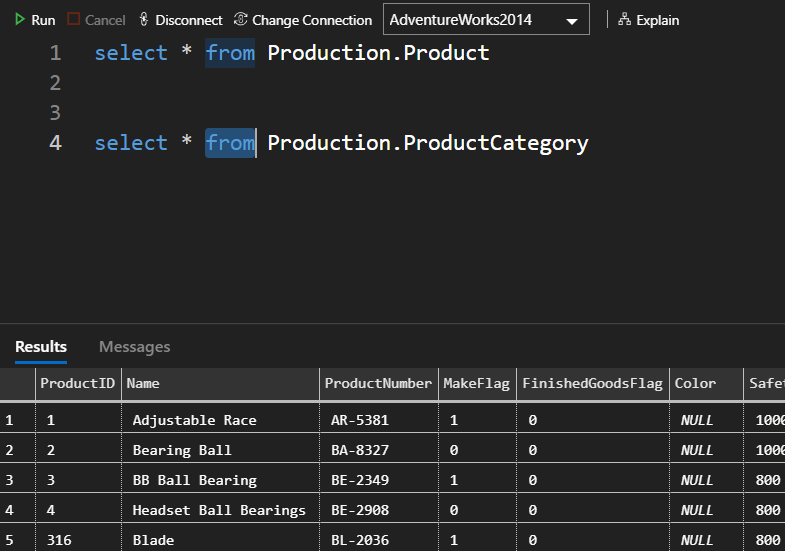 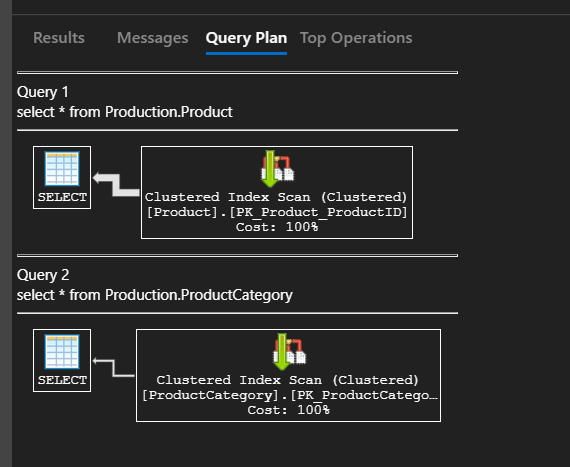 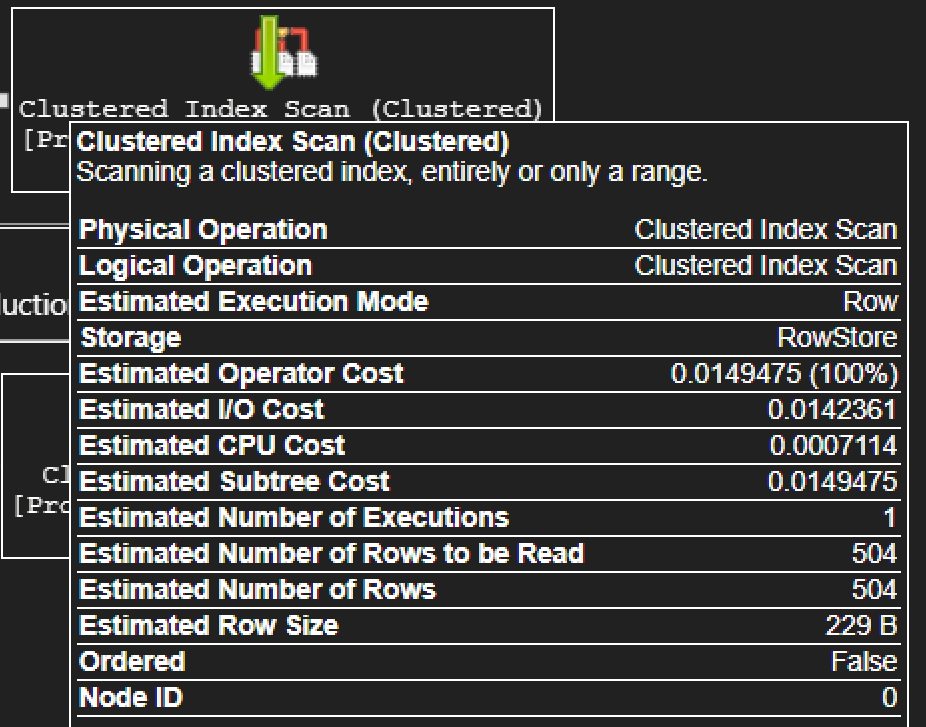 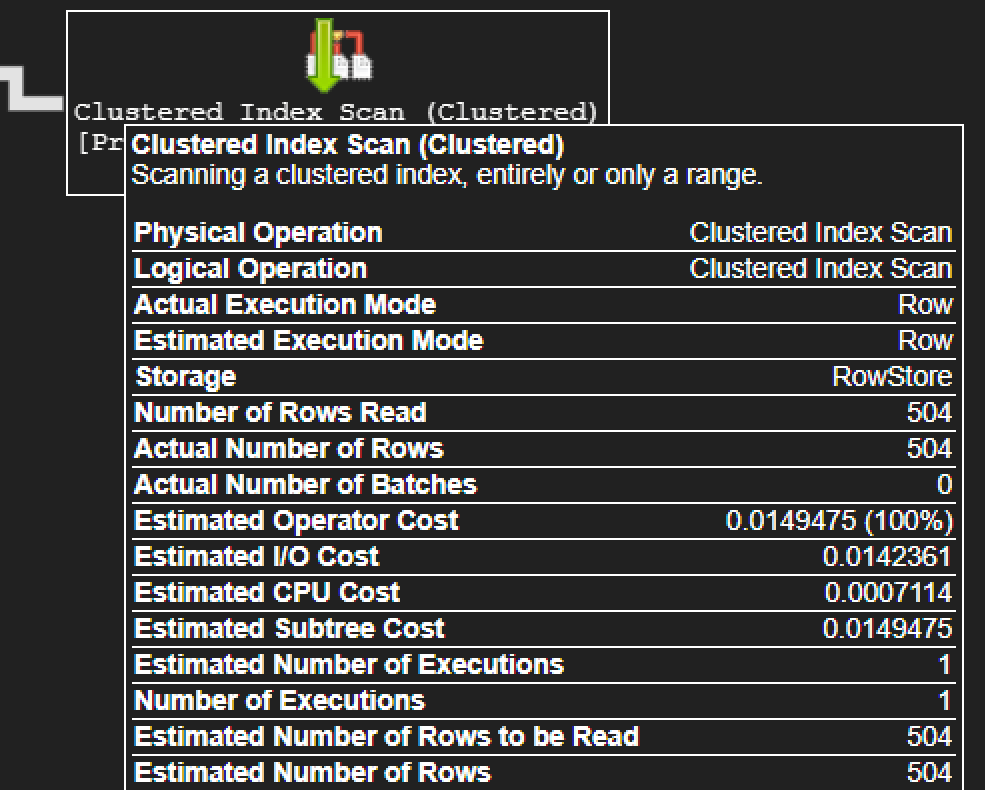 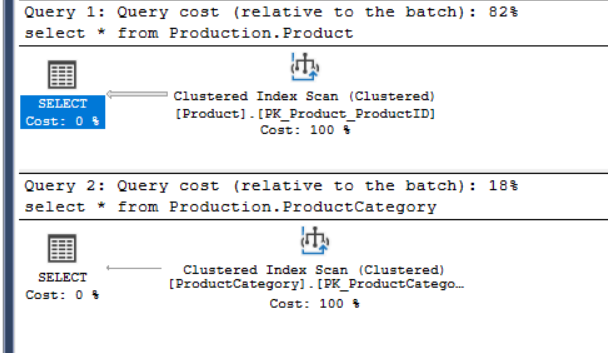 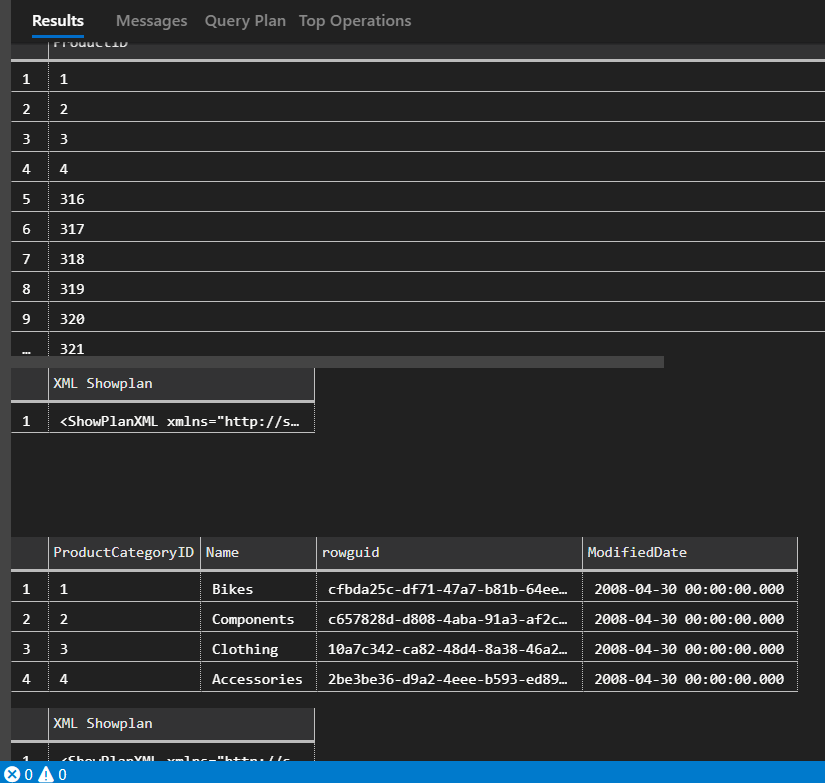 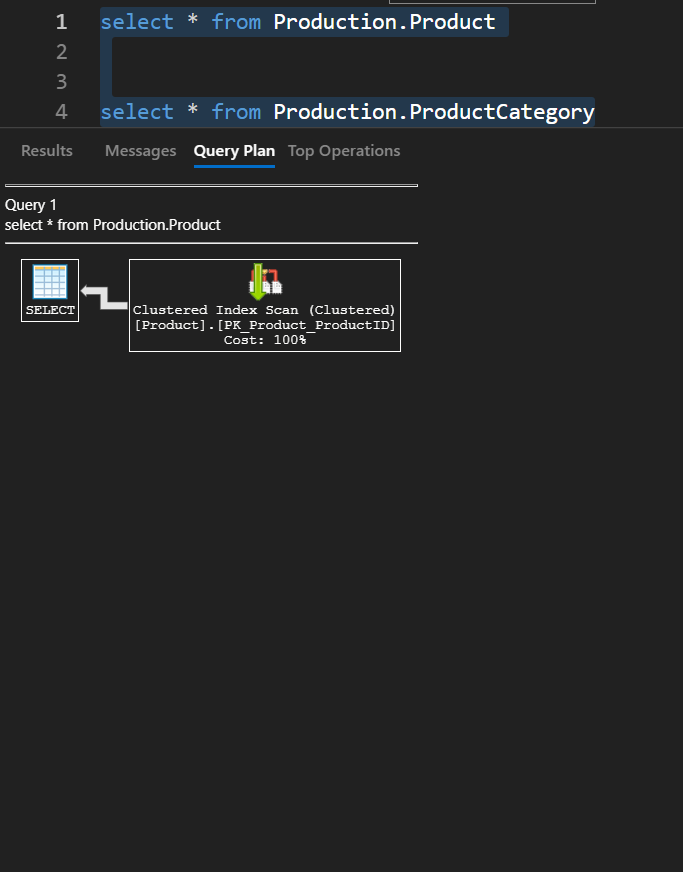 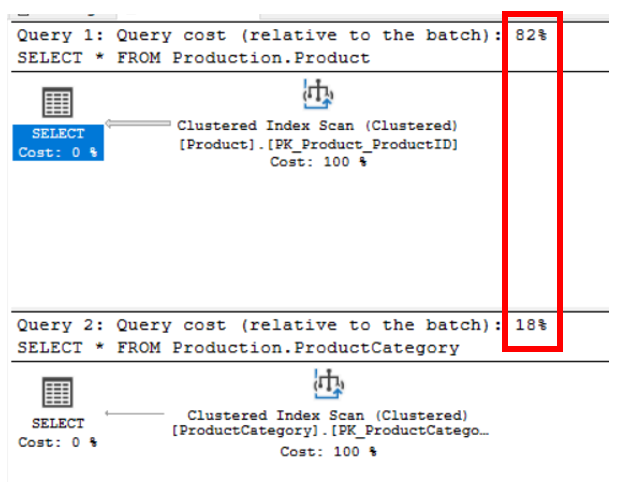 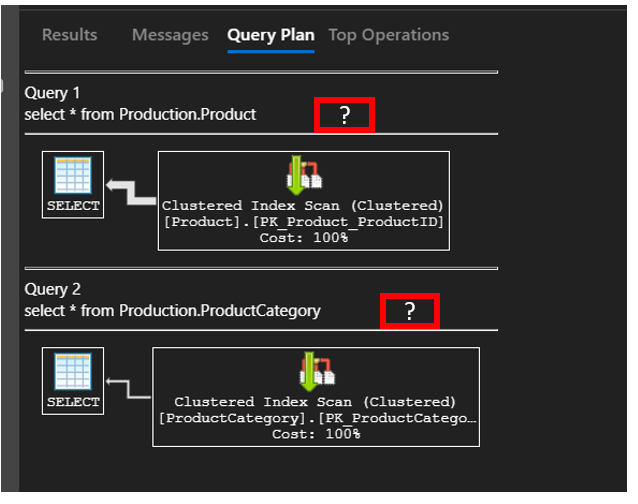 We all use SQL Server Management Studio on a daily basis.  Although many of the options you will more than likely not change at all.  There are a few that would be good to change to help enhance our experience in SSMS.  This post, as well as a few future posts will go over a number of these options.  The thing to remember when changing options in SSMS, some change will require a restart of SSMS.  I will point these out as I cover the various options.

Obviously, the logical starting point is to go over how we get to the options form.  In SSMS you go to the “Tools” menu, under which you will see the “Options…”menu. 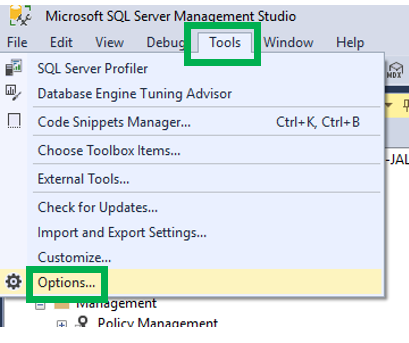 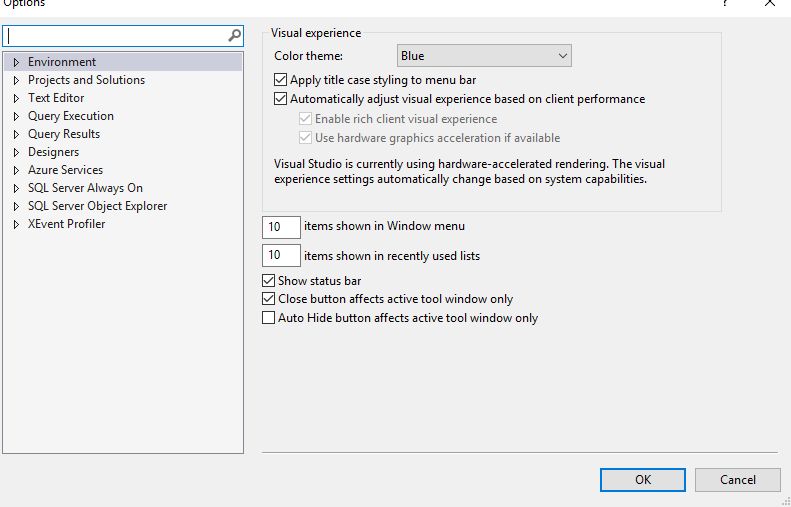 There are many options available that can be changed.  These options will not only change the way SSMS behaves, they can also change how it looks.

When you first look, on the left you will see a tree structure.  If you see an arrow to the left of the menu item, there are more options under that you can see when you click it the menu item.  You can see this in the image below. 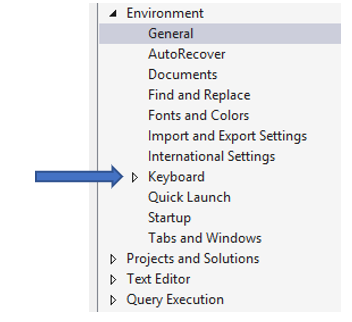 As you can see, there are a ton of options.  If you are not sure of the exact name, you can search the options.  In the upper left hand corner of the Options window, you can enter the words you are looking for and SSMS will return all the options that have that word. 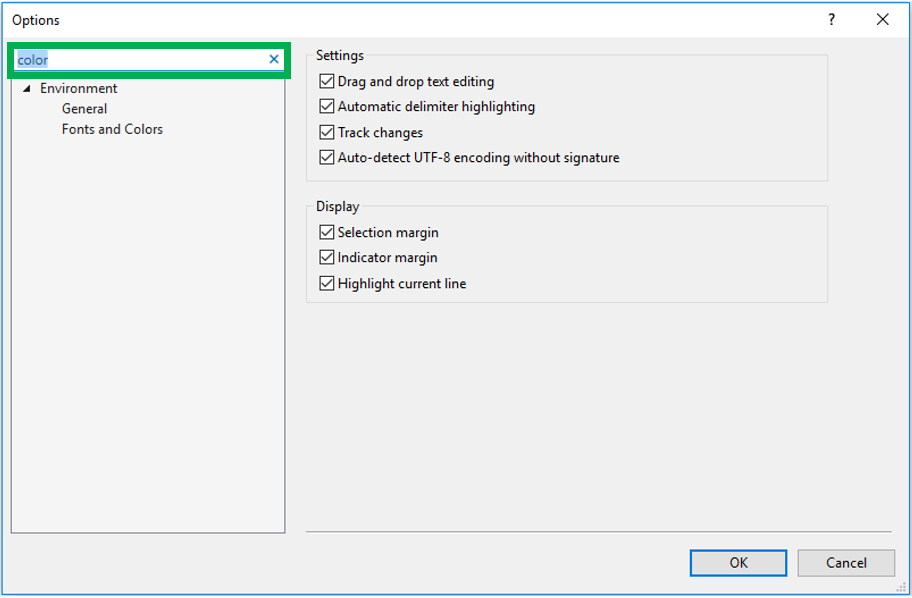 This can be used to change the over all appearance of SSMS.  With this option you have two choices, Blue and Light.  Blue is the default.  This does not require a restart of SSMS.

As the name would imply, this turns SSMS into a light colored theme.

This option is used to track any changes you have made to the TSQL you are working with.  You can find this option under “Text Editor”.  Changing this does not require a restart of SSMS and is on by default. 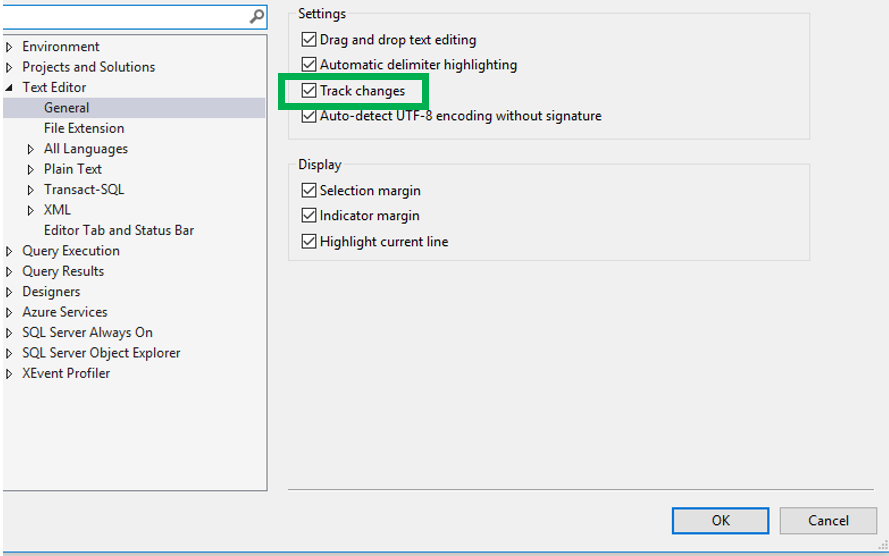 When this option is turned on, you will see a yellow bar on the left side for every line you modify.  Once you save the file, the it will turn to green.  Like the two images below.

This option is off by default.  Some folks like to turn this one, some prefer it off.  Personally I usually have it off. 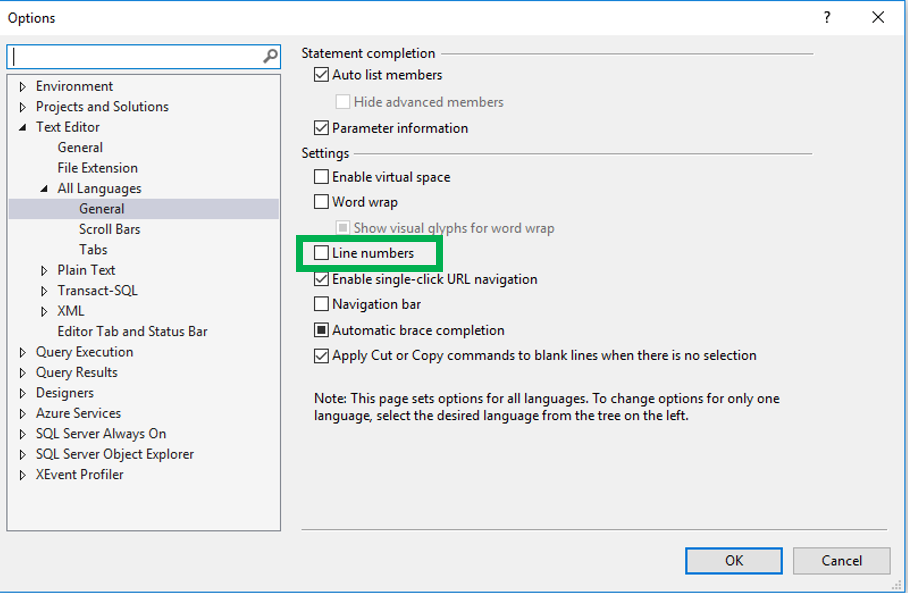 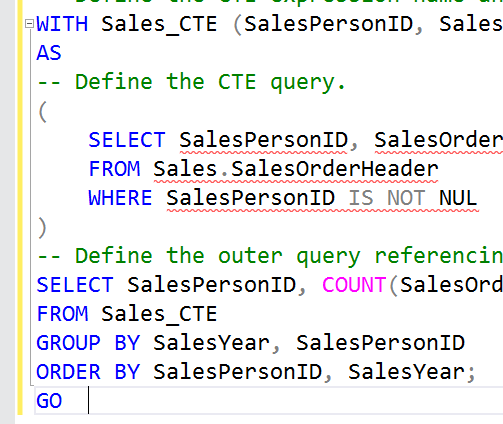 Thanks for stopping by my blog and hope you learned something.