Many of us are used to using @@version to get the version of SQL Server we are using.  This also works when you are utilizing an Azure SQL database, although the results are slightly different. However, before getting to @@version, I would like to go over a few other methods to obtain version information.

How to Get Version

There are many reasons why it is important to know the version of a SQL Server.  The reasons include everything from licensing to upgrades.  In this section, I will cover a few of the common methods used to get the version of SQL Server.

With an on-prem instance of SQL Server one method that can be used to get the version is to right click on the server in SQL Server Management Studio.  Once you do, you can click on the properties menu item and the window below will appear.  As you can see, in the boxes you are able to see both the version and edition of the SQL Server. 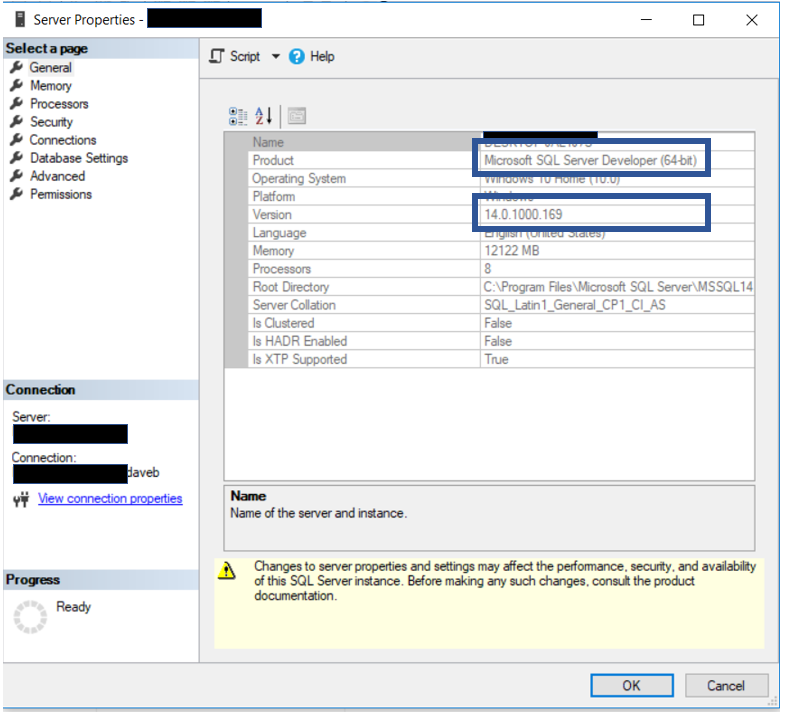 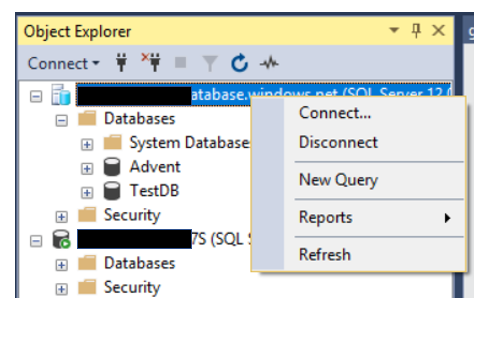 When you execute the above statement you will then see the version. It will look like the number below.  The number represents the version, in this case, SQL Server 2017.

As mentioned above, the ServerProperty function can be used to return a number of bits of information about the server.  Here is a link for more detailed information, click here.

The final method I would like to talk about is using @@version.  This is a global variable in SQL Server that will return not only the version of SQL Server, but also the OS version.

When reading from this global variable, you include it in a SELECT statement as illustrated below.

The results will vary from an on-prem instance of SQL Server to an Azure SQL Database.

This is what you will see for an on-prem instance.

Here is the complete text of the results.

As you can see it returns some good information.  Including the version of SQL Server, the service pack status, 32-bit or 64-bit and the OS version.

However, the results change quite a bit when this is ran against and Azure SQL database.

The complete text is just as you see it above.  Notice the lack of OS version.

Now that we have covered a number of ways to get the version information, let’s take a look at some of the differences from an on-prem instance to an Azure SQL database.

If you look at the results below you will see that I used both @@version and ServerProperty to get the information I am looking for.  You will also notice that I included a simple query using the sys.databases object. This will return the compatibility level for each database, which as you will see is going to be important. 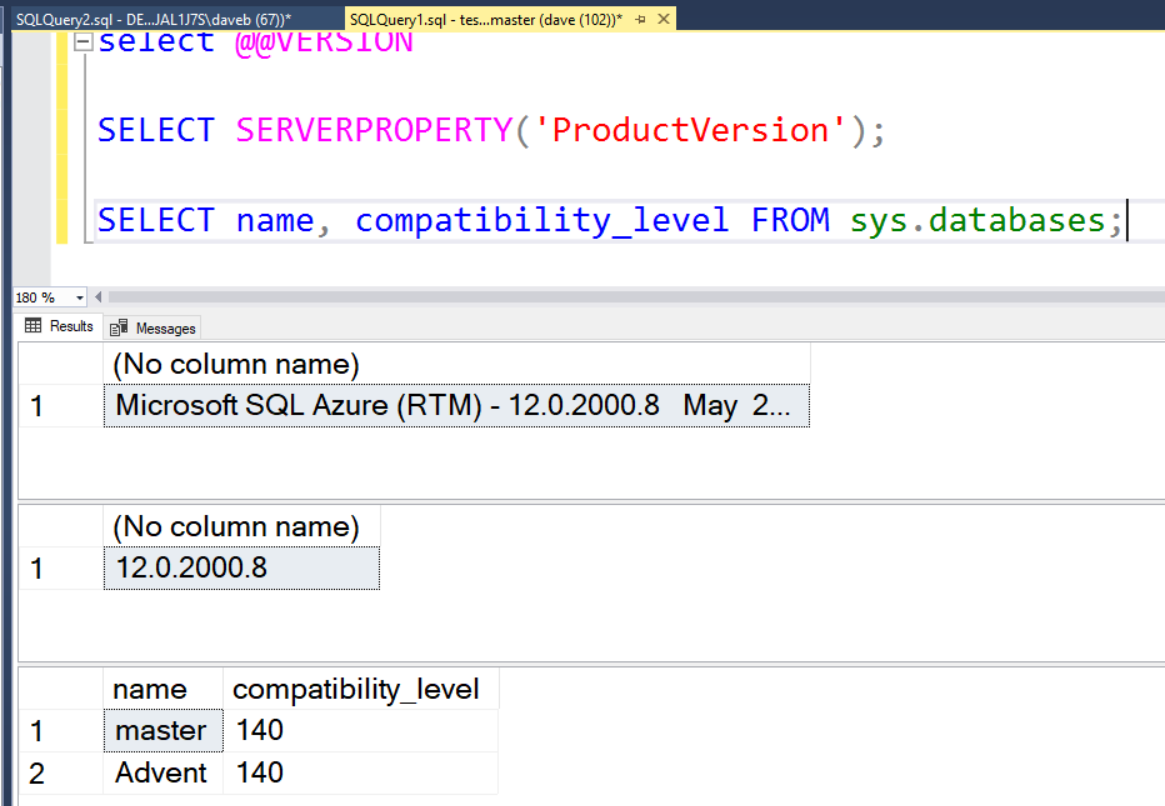 What….12.0?  Isn’t that SQL Server 2014?  If you said yes, you are correct. Is it really possible that Azure SQL Database is SQL Server 2014? The answer is no.  That number is different that an on-prem instance of SQL Server.  According to what I have ready, version 12.0 is the most current version. Given both the Azure instance and the SQL Server 2014 both of a product version of 12.0, it now comes down to the compatibility level for the databases for Azure.

To change the compatibility level of a database you have to run an Alter Database command.

When I ran the above code, I got an error.

Since in Azure SQL Database, the version of the database is key when investigating versions, below you will find the code to retrieve the versions of all databases.

All the above code, works on both an Azure SQL database and an on-prem SQL Server.

Thanks for stopping by, I hope you learned something.